These are the books I read in the quarter !!!

Thanks for reading my amazing BLOG!!! 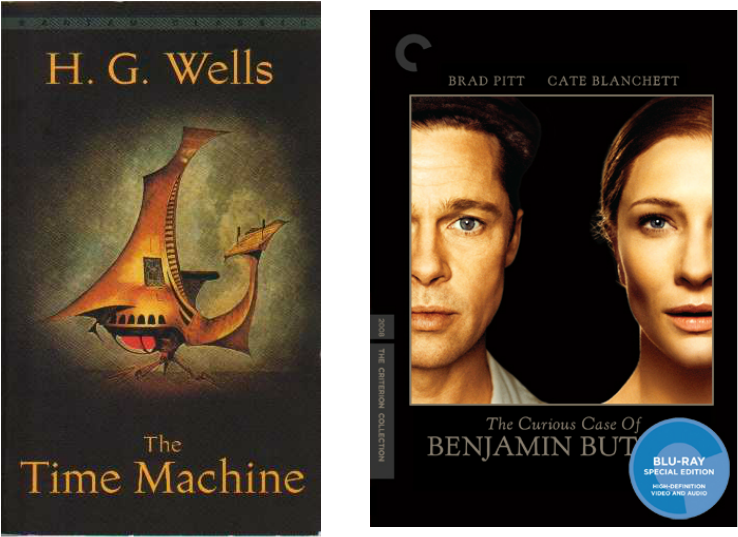 The Curious Case Of Benjamin Buttom

This quarter I read The Curious Case Of Benjamin Buttom. After reading the book I really had a very different perspective about this book because on 2011 I watched the movie so I had some advantaged reading it. But when I was reading it I notice that the structure was the same but some acts or scenes changed a lot. Like in the movie the father of Benjamin take him to a house for old people but in this book the father stay with him. This really confused me a little bit because I had other view of this story.

This story is about a boy who borne with a very rare cause, he looked like he was an old person but really he was just a small kid. When he get older he looked younger. He met a girl when he was a boy called Hildegarde that he eventually married her. When Benjamin was only 12 he start to discover that he was aging backwards. At the age of 20 he start to work in places like restaurants and boats but the story really centers on his only love Hildengarde.

This story really freaks me up because I had never watch or read a story like this so this really makes me think in a lot of stuff. I will recommend this book to almost everybody because is a short good story that is nice and is easy to understand. I really liked the book because it had some very interesting scenes when Roger the father had a lot of struggles with Benjamin.


The Time Machine  By  H.G Wells

The last book I read was The Time Machine By: H.G Wells I personally did not like the book because some parts were very confusing and I did not like the theme. This book was about a group of men that wanted to create the time travilling in a miniature time machine that desapears in the air. when they created this dream they go way back to an old world were there was a culture named Eloi. He make a fight with the morlocks and when they were going to capture him he scaped to future. The narrator is one of the persons that are in the time machine and he tell that they do some more stops until they stop in a beach were they were attack by giant crabs, anfter that they go millions of years to the future whe there was nothing left but a black blob. the other day he was in the present and a day after that he go again but this time no one knows were he goes.

This story is almoust all the time in the culture of Eloi and I think that thats why I do not liked because I had another theme that could enter perfectly with the title The Time Machine.

The Circuit   By  Francisco Jimenez

My summer reading book was The Circuit and it was about one mexican family that go to U.S.A and in the story they tell his life, it was a journal of his life. The protaginist is Francisco and the antagonist was the police because if they catch him he could return to Mexico. The main conflict of the story was the jobs that they had and the bad luck. the setting is in Mexico and U.S.A.

I like the stoy because the author really concentrates in their life and when you read you want to continue reading. I like that the book is talking about a conflict of Mexico and they are not talking bad about the country. I like writing about this book because I like this type of theme and because is about Mexico. I will recomend this book to a person that like the books about conflicts and that want the truth of whats really happening out there.